Blackburn and The End of Suburbia

Like Rowville the event attracted almost 100 attendees and was followed by discussion from the public. Short presentations were also featured by myself, as PTUA outer east branch convener and Dr. Sherry Mayo of the Australian Association for the Study of Peak Oil and Gas (ASPO). 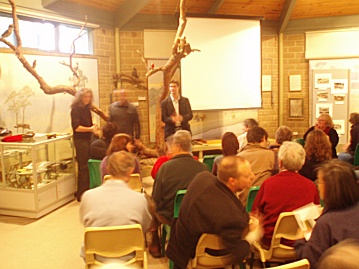 ASPO-Australia is an association of researchers, professionals and others with an interest in the study of peak oil and is part of a wider network of organisations affiliated with the original Association for the Study of Peak Oil and Gas.Since the Rowville screening of the End of Suburbia discussion in regard to the causes behind rising petrol prices has progress significantly with Four Corners on the ABC conducting a report on Peak Oil.

With transport costs being on average one of the highest items in a household budget, around 15% of costs but as high as 20% in suburbs poorly by public transport, it is clear that rising petrol prices are causing considerable strain on household budgets and that an alternative to car dependence is urgently required.

Please continue reading to view a transcript of my speech delivered this screening of the End of Suburbia.

The speech I delivered at this event is as follows:

Transport costs are one of the highest items in a household budget and thus it is clear that rising petrol prices are causing considerable strain on household budgets and that an alternative to car dependence is urgently required.

Rising petrol prices are already having an effect on our local economy as families and individuals struggle under the increasing financial burden of rising petrol prices. It is clear that the eastern suburbs of Melbourne cannot wait another four years to be provided with still inferior public transport services.

Unfortunately the State Government has failed to provide the institutional reform that is necessary to ensure radical improvements to Melbourneâ€™s public transport. While VicRoads as a statutory authority has its own budget and is allowed to speak publicly on road projects with direct interaction with the Transport Minister the Public Transport Division of the Department of Infrastructure is being by layers of bureaucracy and unable to recruit the expertise necessary to undertaker much needed rail extensions. 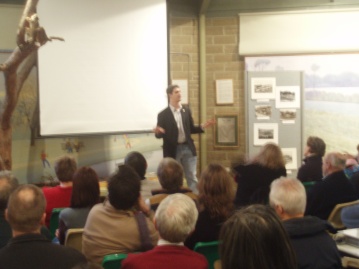 While Perth, Brisbane and Sydney are undertaking extensive rail projects Melbourne is simply lagging behind. The Western Australian government for example, invested heavily into public transport once it reformed its planning and transport departments into one accountable institution. As a result the rail network has doubled in size over five years and bus services are coordinated with the rail network.

With a State Election due in November of this year it is imperative that our State politicians realise that public transport improvements are no longer a nicety but a necessity.

The PTUA will be will be campaigning strongly for public transport improvements as we head towards the election and will hosting other End of Suburbia.

I hope you will join our call for better public transport.