By Alex MakinSeptember 27, 2006No Comments

The second public meeting of the Laburnum Community Action Group, which was held this evening, was coincidentally scheduled exactly three months after their inaugural public meeting.

Much has happened over the course of the last three months, including the successful formation of a regular steering committee (which was one of the outcomes from the first public meeting) and the group being able to develop alternative plans to address concerns in the redevelopment of Laburnum Station.

This evening I was invited by the Laburnum Community Action Group to speak on behalf of the Public Transport Users Association (PTUA) to provide an overview of a similar issue that occurred at Boronia in the mid nineties:

It is great to see the Laburnum Community Action Group continuing so strongly. I noticed that tonight’s meeting is exactly three months after the inaugural meeting that was held in this very hall. The fact that both the community action group and yourselves are here this evening demonstrates how the government and VicRoads have failed to adequately consult the community and hence have so far failed to manage and deliver a project that will meet community needs.

This project was announced in the lead up to the 2002 State Election, yet funding was not provided until the 2006-2007 State Budget, a budget that was passed in May this year. The government had four years to ensure consultation for this project and yet the government chose to simply keep people waiting, leaving the community in the dark over not just over consultation but also whether the project was actually going to proceed. 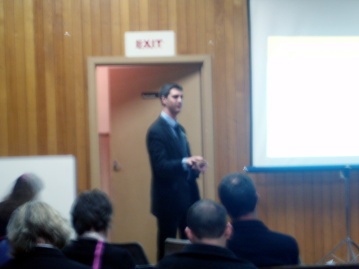 As a result of the lack of consultation we have already seen last minute changes including a series of five weekend rail closures before the end of the year and the abandonment of the temporary station known as Box Hill East. Such last minute changes are a worrying sign and are clearly the result of a lack of consultation. Issues in regard to buses travelling along residential side streets could have been uncovered years ago if the government provided consultation, issues in regard to rail and parkland closures could have also been explored.

Instead both the government and VicRoads have displayed nothing but pure arrogance in the delivery of their plans. These plans provide very little station amenity and fail to incorporate pedestrian and cycling needs, aspects that should have been recognised and addressed by proper consultation. Instead we have heard VicRoads claim that they were always willing to speak to the Laburnum Community Action Group, this is contrary to the fact that VicRoads refused to the speak to the action group before tonight’s public meeting.

I do have some good news this evening and that is community action does bring favourable results.

As a case study I wish to refer you to the Boronia interchange in the mid to late nineties. In Boronia before the late nineties there was a level crossing over both Dorset and Boronia Roads and this resulted in a notorious bottleneck and safety concern for the local community.

In 1995 the PTUA called on the State Government to fund the grade separation of this level crossing, a project that was considerably more complex than the situation at Laburnum. VicRoads claimed that the PTUA’s proposal would cost in excess of $200 million and favoured a typically road based option that would actually sever Boronia into two.

This however did not deter the PTUA or the local community and we continued to question this extraordinary cost and submitted our own plans for grade separation during the public consultation phase. The PTUA estimated that these plans would cost approximately $23 million.

In 1997 a breakthrough occurred and the project was tendered for $28 million in accordance to the PTUA’s plans. While the PTUA did underestimate the cost of the project – our estimate was much closer to reality than the absurd price of $200 million as claimed by VicRoads.

In 1998 the underpass was completed and while minor works continued to take place the rail line was closed for just four days over two weekends. The station itself and corresponding bus interchange cost $2 million of the total amount.

The successful result at Boronia was due to local residents, traders and the PTUA advocating for the best solution. Not only did this solution save money but it also enhanced the amenity of the local area and helped rejuvenate Boronia.

Similar community action is required for Laburnum to ensure that you are provided with the best outcome for this project. Grade separations are a good initiative but they must include community consultation and a design that is responsive to community needs. The Laburnum Community Action Group has submitted alternative plans to VicRoads and the government and these plans must be seriously evaluated. Issues in relation to pedestrian and cycling access as raised by the community must be rectified.

Continued community action is required to ensure that you are provided with an acceptable outcome. Given the absence of consultation and leadership from the State Government it is imperative that you raise your concerns with the Laburnum Community Action Group and the PTUA. Issue letters to the local papers and ensure that your voice is heard. 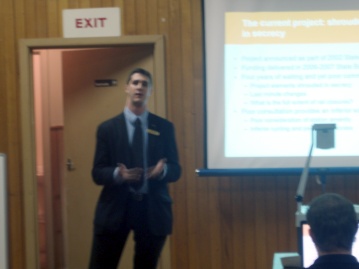 In six months or a year’s time you do not want to look at the flaws in this project and think that if only you have been actively involved the outcome may have entirely different.