Doing it tough for the community

By Alex MakinNovember 18, 2008No Comments

The following article was written by a journalism student who asked Cr. Jo-anne Taylor and myself about the challenges experienced within local government: 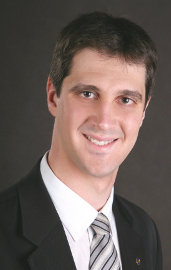 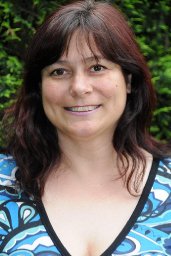 While some Maroondah citizens would not know who these individuals are, it’s highly likely that the residents, ratepayers, business owners and community groups of Maroondah have witnessed the outcome of their hard work on a daily basis.

These photos are of Alex Makin and Joanne Taylor, two local councillors who are dong it tough for Maroondah. They spend up to 30 hours a week on council duties yet face daily obstacles from their colleagues and receive little recognition from the community.

Representing residents and ratepayers is an overwhelming commitment which requires intense passion and impacts on the lives of councillors, including their family and friends. As Cr Alex Makin stated, “council, has made it difficult to balance a career outside of council, as well as other commitments.”

Privacy or the lack of it, is another issue faced by councillors “apparently I don’t have a private life anymore. My family, including my children know what has been put in the paper about me,” Cr Joanne Taylor added.

With council elections looming over Maroondah, it appears that political rivalry is rife. “The gang of four have made it difficult to encourage public discussion and debate, but it has been possible to work around such difficulties, through local community groups and supportive council officers,” Cr Alex Makin stated.

Despite these obstacles Cr Alex Makin and Cr Joanne Taylor are running for the upcoming council election because both believe there is still work to be done. “I am standing so I can continue to make a difference to Maroondah, particularly in regards to improved accessibility, sustainability and the accountability of council,” Cr Alex Makin commented.

“I particularly want to see council meetings conducted in the view of the public, so that debates occur in the open. This would prevent the current political divisions since the public can see the discussion,” Cr Alex Makin added.

“I have survived two terms – despite some councillor’s best effort to have me removed, this has only made me more determined, and I now know enough to make change happen,” Cr Joanne Taylor said.

Both councillors are excited with the prospect of the new council structure which will introduce a new generation of local councillors to Maroondah. “Prior to this structure being in place Maroondah councillors were being elected unopposed, which weakened local democracy,” Cr Alex Makin stated.

The last three years have laid numerous foundations for Cr Alex Makin and Cr Joanne Taylor. Both are thrilled with their achievements to date, which have included the prevention of the sale of parkland and the removal of zone three, through advocacy that involved local council.

With it being compulsory for residents and ratepayers over the age of 18 to vote from Wednesday 12 November to Sunday 29 November, it is important that Maroondah is represented by councillors that are committed to making a difference.

For further information on Cr Alex Makin and Cr Joanne Taylor please visit their websites at www.alexmakin.com.au and www.jo-annetaylor.com.au.